Rights group Amnesty International has remained defiant under its high-profile secretary general in the face of a growing outcry over a report critics alleged boosted Russia in its invasion of Ukraine.

Its August 4 press release that accused Ukraine of endangering civilians by creating army bases in residential areas sparked one of the most explosive controversies for a major rights group in recent years.

Ukraine’s President Volodymyr Zelensky, backed by a chorus of Ukrainian officials, lashed out at Amnesty saying it sought to shift “the responsibility from the aggressor to the victim.”

But the issue has also caused friction within the respected organisation founded in 1961, which won the Nobel Peace Prize in 1977 and now has branches in over 70 countries.

The head of its Ukraine office, Oksana Pokalchuk, resigned, saying her team had not been properly consulted over a report “that sounded like support for Russian narratives.”

The controversy represents the biggest crisis yet for Amnesty under its secretary general Agnes Callamard, a battle-hardened French rights expert who was a big-name choice to lead the London-based body after serving as the UN’s special rapporteur on extrajudicial executions.

It was in that capacity that she led the international investigation into the murder of Saudi journalist Jamal Khashoggi at the kingdom’s Istanbul consulate in 2018, producing a report that pointed the finger at the responsibility of crown prince Mohammed bin Salman.

Shortly after taking office, she took decisive action to reverse a decision by Amnesty to strip Russian opposition figure Alexei Navalny of his “prisoner of conscience” status due to past nationalist comments.

After the Ukraine report was published, Callamard took issue with the “social media mobs and trolls” who were attacking the organisation’s research and vowed that this would “not dent our impartiality.”

On Friday, she told in an email that Amnesty “fully stands by” the report that was subject to the “same rigorous standards” as all of Amnesty’s publications.

In a statement Sunday, Amnesty said it deeply regretted the “distress and anger” sparked by the press release while reaffirming that “We fully stand by our findings.”

Its statement, the organisation said, had documented how in all 19 towns and villages visited by its researchers there were instances where “Ukrainian forces had located themselves right next to where civilians were living.”

The assessment was based on the rules of international humanitarian law (IHL), Amnesty said, while also noting the multiple reports it had published over the last month accusing Russia of violations and war crimes in Ukraine.

But its defence has done nothing to dampen the opprobrium being heaped on the organisation both in Ukraine and abroad.

The Times of London wrote in an editorial that Amnesty was “shredding its credibility by serving as a megaphone for the propaganda of the Putin regime” with a report that “pays no attention to the realities of military operations.”

“Amnesty is now utterly morally bankrupt –- its anti-Western obsession has driven it into the gutter,” the right-wing Daily Telegraph added.

Meanwhile the report found an eager readership at the Russian embassy in London, usually no fan of Amnesty, which claimed in a tweet that the report’s findings confirmed “exactly what Russia has been saying all along.”

But in an article for the Ukrainska Pravda website, British human rights lawyer Wayne Jordash and Ukrainian lawyer Anna Mykytenko accused Amnesty of using “unclear” methodology and considering “little to none” of the military or humanitarian context.

“The conclusions are short on facts and analysis and long on intemperate accusation,” they wrote.

Amnesty has insisted it reached out to the Ukrainian government several days before the report’s publication, sharing GPS coordinates and other sensitive information it withheld from the press release to protect civilians on the ground.

Among Putin’s opponents, one of Navalny’s allies, Ivan Zhdanov, simply damned the report as “a typical example of ‘useful idiots’.”

The most lacerating criticism came from Pokalchuk, who said that the report, rather than “protecting civilians, instead has become a tool of Russian propaganda.”

“If you don’t live in a country invaded by occupiers who are tearing it to pieces, you probably don’t understand what it’s like to condemn an army of defenders,” Pokalchuk said. 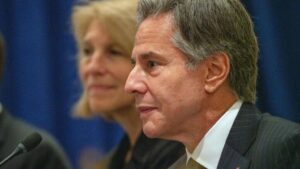 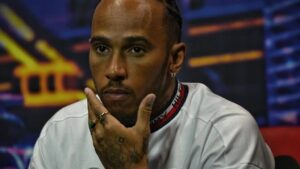 Hamilton ‘feels for fans’ as Verstappen runs away with title 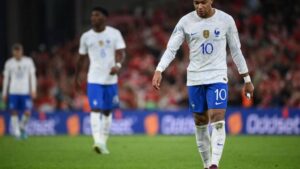 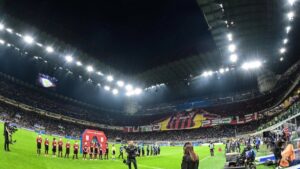 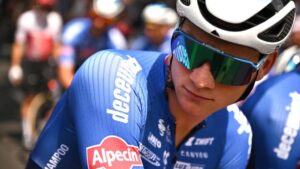