Pep Guardiola said Manchester City have already had an incredible season by putting themselves into position to fight for three trophies in the closing months of the campaign.

City retook top spot in the Premier League with a routine 2-0 win at Burnley after being briefly knocked off their perch by Liverpool’s 2-0 victory over Watford in the early Saturday kick-off.

Just one point separates the top two ahead of Liverpool’s potentially title-deciding trip to the Etihad next weekend.

Both sides are also involved in Champions League quarter-final action this week and will meet again in the FA Cup semi-finals on April 16.

“When you arrive in May challenging to lift the title it means you have had an incredible season,” said Guardiola.

“Being here is because we work a lot and we have done that every single season. That is a lot of credit for the whole organisation.

“The opponent is so tough and good but they said we will make a proper battle and we accept that.”

Liverpool have closed what was a 14-point gap between the sides in January thanks to a 10-game winning run, but City have only dropped seven Premier League points themselves since October.

There was never any fear of a slip up at Turf Moor after Kevin De Bruyne fired the visitors into an early lead.

Ilkay Gundogan added a second midway through the second half with both goals created by Raheem Sterling.

City then cruised through the remainder of the game without hitting top gear as they saved their energy for the visit of Atletico Madrid on Tuesday.

“We’re many years playing in these types of games,” added Guardiola.

“We scored early on so that helped us a lot, but the game is never finished until you score the third or fourth.

“The pitch was so difficult because the grass was high, no water and everything was so slow. But we did well and won the game.” 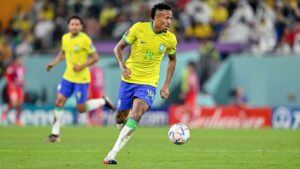 Japan vs Croatia Round of 16 Squad Team news