The death of an 18-year-old Mexican student has unleashed anger against authorities accused of negligence over the murders and disappearances of thousands of women each year, few of which receive as much attention.

The case of Debanhi Escobar has generated unusually intense media interest in a country where nearly 100,000 people are missing and most homicides fail to make national headlines.

Escobar’s body was found on April 21 in a motel water tank, nearly two weeks after she disappeared on the outskirts of Monterrey, capital of the northern state of Nuevo Leon.

Prosecutors said they were not ruling anything out in her case, which has generated international attention from South America to the United States and Europe.

An eerie photo taken on the night she disappeared showing Escobar standing in the dark went viral, and she quickly became a symbol for an angry women’s rights movement.

Wearing a white top, long skirt and high-top sneakers, a handbag over her shoulder and her hair let down, she looked almost like any other young woman on a night out.

Except that she was alone and vulnerable, waiting by the side of a road in a country where around 10 women are murdered every day.

“Debanhi, I lend you my voice” and “We want justice,” women shouted at a protest in Mexico City, following similar demonstrations in Monterrey.

“Young people are disappearing because of deeds, omission or indolence,” political scientist Denise Dresser wrote in an editorial about the case entitled “mass grave.”

“They are disappearing because society still discusses whether it was their fault, for going out alone and at dawn,” she added.

‘Many irregularities’
Even before his daughter’s body was found, Escobar’s father had accused authorities of mistakes in the initial search and investigation, fueling media interest.

“This case has greater visibility because the media decided so,” psychosocial support specialist Valeria Moscoso told , lamenting that other victims had not received the same attention despite also speaking out.

In one example, search teams visited the motel four times before finding the body.

“This is one of several irregularities that caused this emotion,” activist Maria de la Luz Estrada told .

Also on Wednesday, prosecutors released a video to try to construct a chronology of the events.

According to security camera footage, in the early hours of April 9, Escobar was wandering alone by the side of the road, before entering the motel compound and looking out of the window of an abandoned restaurant.

Earlier, the young woman had left a party after an argument with other people there, according to witnesses and images broadcast by the media.

She then took a taxi, whose driver worked for a ride-hailing app, but later got out for unknown reasons, according to several testimonies.

The driver has denied accusations of inappropriate behavior towards Escobar, and said that he took her photo by the side of the road to warn her friends after she left the vehicle.

“There are many hypotheses. We can’t rule anything out,” including the possibility of an accident, Guerrero told reporters.

Escobar’s father also said the family was keeping an open mind about the investigation, having initially alleged an abduction and murder.

This year alone, 322 women have disappeared in Nuevo Leon, though prosecutors point out that 90 percent were found within 72 hours.

Last year, Mexico recorded 33,308 homicides nationwide, and around 10 percent of the victims were women, according to official figures.

Around 1,000 of them were categorized as femicides — killings of women because of their gender — though some activists consider the real number to be much higher.

Many cases share a similar pattern to Escobar’s: “the authorities’ indolence, the complicity, the limited investigation capacity, the victim-blaming, the criminalization of families and the impunity for attackers,” Moscoso said. 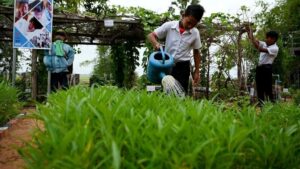 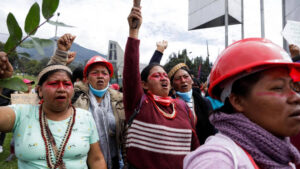