The United States is set to release key data on economic growth Thursday and global investors are watching closely as the world’s largest economy flirts with recession — while President Joe Biden walks a political tightrope.

Though Biden says he is confident the US economy is not suffering a downturn, a report showing a second consecutive quarter of negative growth — meeting one of the common definitions of a recession — would increase fears of a wider downturn.

Biden’s critics would seize on such a report as proof of the veteran Democrat’s mismanagement of the economy.

With crucial midterm elections just over three months away, the stakes could not be higher, and the Biden administration has spent the past week talking up the positive signs in the US economy, including job growth and solid consumer spending.

It would be highly unusual for an economy still adding jobs at a rapid pace, and with near record-low unemployment, to fall into recession.

The consensus forecast among analysts is for an annualized 0.5 percent increase in the gross domestic product in the second quarter, after a 1.6 percent decline in the first three months of the year.

But many economists say recent figures suggest GDP may have contracted in the April-June period.

With the labor market showing some signs of cooling and supersized interest rate hikes by the Federal Reserve slowing the economy — the latest coming on Wednesday — many economists say the recession discussion is more a matter of when, not if.

And that poses a major political headache for the president, who has seen his approval ratings plummet in recent months as American families struggle to make ends meet due to surging inflation.

In recent days, Biden has led his administration in a chorus of denial.

“We’re not going to be in a recession, in my view,” he insisted Monday.

Treasury Secretary Janet Yellen argued that while growth is slowing, the data does not necessarily point to an extended downturn.

“I’m not saying that we will definitely avoid a recession, but I think there is a path that keeps the labor market strong and brings inflation down,” she said.

Fed Chair Jerome Powell agreed, saying even with ongoing interest rate hikes to slow the economy, it is possible to cool price price pressures without causing a downturn or a big jump in joblessness.

The central bank announced another big interest rate hike of 75 basis points on Wednesday, the fourth increase this year, and stressed it would not hesitate to go for “another unusually large increase” if needed — or an even bigger one.

Powell said the overriding aim was to get sky-high inflation moving back down toward two percent, but the Fed wants to strike a balance.

“We’re trying to do just the right amount. We’re not trying to have a recession and we don’t think we have to,” he told reporters.

Nevertheless, the International Monetary Fund downgraded its growth forecast for the United States earlier this week — and said a recession may already have begun.

IMF chief economist Pierre-Olivier Gourinchas said the path to avoiding a downturn was “very narrow” and warned that even a “small shock” could tip the economy into the abyss. 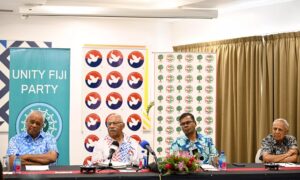 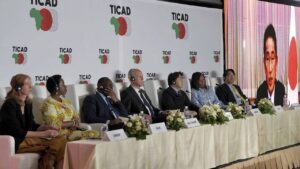